Arrows show direction of transcription. Stars show regions with active origins in all cell lines analyzed and circles do ORC binding regions.
The study was carried out in accordance with “The Suggestions for Manipulations with Experimental Animals.” The study was approved by the Ethical Committee from the Institute of Cytology and Genetics, Novosibirsk, permit number: (order on the Presidium in the Russian Academy of Sciences of April 02, 1980 no. 12000-496). Animals were supplied by Animal Residence Facility of the Institute of Cytology and Genetics SB RAS. Animals had been sacrificed by cervical dislocation. Main embryonic fibroblasts of M. levis were derived and cultured as described previously [77,78]. TS and XEN cells have been derived and characterized previously and cultured as described [29,37,38].
Total DNA was isolated with DNAzol from dividing cells as outlined by the manufacturer’s guidelines with addition of proteinase K remedy step as described previously [60]. Nascent strands isolation and -exonuclease treatment have been performed as described previously [60]. DNA was layered onto neutral five to 30% sucrose gradient ready in TEN300 (10 mM TrisHCl, pH 7.9, two mM EDTA, 300 mM NaCl) and centrifuged inside a Beckman SW41 Ti rotor at 24000 rpm, four, for 22 h. Fractions have been withdrawn in the top rated from the gradient plus a tiny aliquot of each fraction was run on a 1.2% alkaline agarose gel at 50 V overnight at four. Fractions corresponded to 750500 bp have been pooled and precipitated with ethanol. Before -exonuclease remedy, DNA was phosphorylated with T4 polynucleotide kinase (PNK) (NEB) in 1 PNK buffer at 37 for 1 h. Just after phosphorylation, 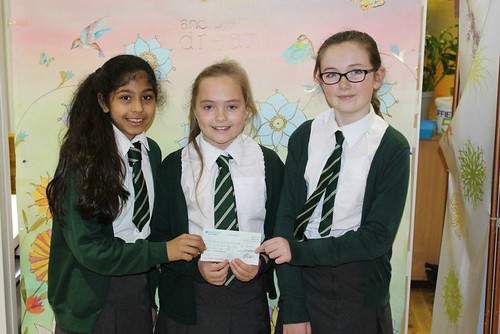 DNA was precipitated with ethanol. Digestion was performed with 10205015 100 U of -exonuclease (Fermentas) in 1 -exonuclease buffer at 37 overnight. Right after digestion, DNA was extracted when with phenol/chloroform/isoamylalcohol and once with chloroform/isoamylalcohol then precipitated with ethanol. T4 PNK phosphorylation and -exonuclease digestion had been performed twice, after final purification SNS had been resuspended in water and analyzed by real-time PCR.
ChIP was performed in accordance with a protocol published previously [79] with quite a few modifications. Crosslinking of 107 cells was carried out by adding formaldehyde (Sigma) to a final concentration of 1% towards the culture medium for five minutes at area temperature and stopped by addition of glycine (Sigma) to a final concentration of 125 mM. Cells have been washed twice with ice-cold PBS and lysed in Lysis Buffer 1 (50 mM HEPES-KOH, pH 7.5, 140 mM NaCl, 1 mM EDTA, 10% glycerol, 0.5% Igepal CA-630, 0.25% Triton X-100, protease inhibitors). Then nuclei have been incubated in Lysis Buffer two (ten mM Tris-HCl, pH 8.0, 200 mM NaCl, 1 mM EDTA, 0.5 mM EGTA, protease inhibitors) for ten minutes, and chromatin was sheared in Lysis Buffer 3 (10 mM Tris-HCl, pH 8.0, 100 mM NaCl, 1 mM EDTA, 0.5 mM EGTA, 0.1% Na-deoxycholate, 0.5% N-lauroylsarcosine; protease inhibitors) by sonication into fragments ranging from one hundred to 600 bp. 1/10 volume of 10% Triton X-100 was added to sonicated chromatin, cell debris was removed by centrifugation at 14000 rpm for 10 minutes. Supernatant was collected and incubated with antibodies overnight. As damaging control of ChIP we performed 181223-80-3 manufacturer reaction without having antibodies. Dynabeads Protein G (Life Technologies) was made use of to gather antibody-protein complexes. The complexes had been washed five times with RIPA buffer (50 mM HEPES-KOH, pH 7.5, 500 mM LiCl, 1 mM EDTA, 1% Igepal CA-630, 0.7% Na-deo